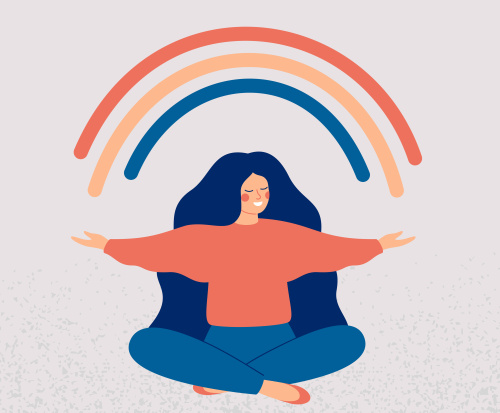 Giving back to the very community that gives to us is a major goal we strive to achieve at FearLess Dallas. In fact, it’s one of the reasons we do what we do! We strongly believe that there is power in numbers, and we aim to help women and gender minorities achieve their individual goals and better themselves by putting them in touch with an amazing community with an abundance of resources. As we all know, there is still so much work to be done in terms of equality, especially in the wake of this year’s steps backward in history, which is why we are gearing into overdrive to make sure our voices are heard. In today’s blog, your Dallas, TX community takes a look at groundbreaking policies that impact gender minorities.

It goes without saying that our nation is gatekept in many ways. While many may argue that this comes down to party lines and beliefs, we are here to take a stand and communicate that there is a limit. Being in favor or against a specific political topic is well within our rights as citizens, but attempting to make every issue a political one is only a guise for controlling the masses. While we are more than able to have our own opinions about specific topics, the line has to be drawn when it comes to basic rights of a human being.

Indeed, gender minorities are struggling for representation and struggling to be seen and heard. We cannot simply turn a blind eye, and our power comes from our community. We cannot, and should not, remain complacent.

The National Strategy on Gender Equity and Equality represents the first-ever U.S. strategy on gender equality and equity, and seeks to pursue a greater equality for all individuals in the nation. It was based on the idea that the United States was founded on, which is that every one of us is equal in dignity and deserves to be treated equally.

The problem arises, however, when policies are not adhered to or respected on the state levels. Here, party politics tends to guide what issues are considered important and which ones are considered outlandish. But we are here to say no, we cannot stop, and we will not be silenced until equality is finally achieved.

As we briefly touched on, policy is integral to our community, as it essentially dictates how and when we can support one another. While it may seem impossible to influence as a single human being, our numbers can make an impact. I can’t tell you how many times I have heard that people do not subscribe to politics or the news because it is too sad, irrelevant, and every other excuse under the sea. The thing is, that is exactly why we have to get involved. Because if we do not, we can kiss our rights goodbye.

It’s All About Changing the System

Once again, it may seem like a daunting task to make change so big it influences policy on a national level, or even on a state level. Alone, we cannot do it. But working together, we can make sure our voices are heard and our rights are protected. Give our team a call to learn more about ways you can get involved in your community and spread the message.

Providing a Support System for Women+

When it comes down to it, our community means everything. Being able to provide support and acceptance on an individual level can go such a long way for a person, and we all know that stressors and struggles exist for everyone. This is why we do what we do: to make sure that those without voices are finally able to speak, and those who have found their voices are able to shout it from the rooftops.

As a final note on today’s topic, we encourage all of our community members, partners, builders, collaborators, and supporters to register to vote. Elections are coming up sooner than you might expect, and it is important that we contribute to the fight in any way we can. What you have to say is important, and we want to make sure you have the opportunity to do just that. Additionally, take the time to familiarize yourself with important policies that impact women and gender minorities, as well as other populations.

Speak With Our Team Today

Contact FearLess Dallas in Dallas, TX by calling 214-300-5143 to speak to our team and learn more about the ways you can get involved and educate yourself on what is going on around you.