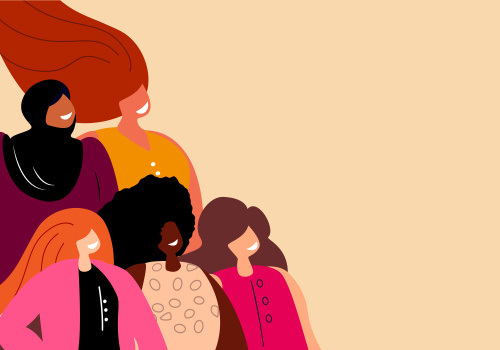 Looking back on the progress we have made thus far is not only incredible to see, but really goes to show that we as women and gender minorities are capable of a lot. We are resilient, outspoken, and always ready to stand up for what is right. Even still, global pandemics have a way of taking us all down a peg or two. While it may seem like something that is getting farther and farther behind us, there is no argument that the effects of the COVID-19 pandemic are still being felt today. In fact, we are still falling ill and combatting variants that seem to pop up every few months, and even more social issues are being brought to light. In today’s blog, your Dallas, TX community takes a look at the many ways COVID-19 affected and continues to impact women+.

Damage in the Labor Market

For years you have likely heard about the gender wage gap among women and gender minorities compared to their male counterparts. When you add a global pandemic into the mix, you can imagine things got messy. There is no doubt that many individuals were impacted by businesses shutting down, going out of business, and having their jobs dissolved completely.

Even before the pandemic, however, progress toward gender equality remained tumultuous, at best. In fact, studies have shown that between 2014 and 2019, gender equality in work and in society has remained relatively the same, except in financial inclusion and child marriage, which have both experienced declines. These numbers are staggering to look at, and the onset of the coronavirus brought everything but good news.

While we’re on the subject, women are disproportionately represented in low-wage jobs. According to a Brookings analysis of 2018 American Community Survey data, prior to COVID-19, 46 percent of working women worked low paying jobs with median earnings of only $10.93 per hour. Further, the percentage of women in this category is higher among Black women and Latina or Hispanic women, which speaks volumes about structural and systemic racism that continues to persist.

Women and gender minorities that follow a specified path to pursue specific careers still endure disproportionate pay or missed opportunities for advancement and growth, even when their qualifications may indicate that they are a better fit for the position. Even now, women and gender minorities are only earning 92 cents to a man’s dollar, and the turbulent job market is making it even more difficult for single mothers and single income earners to provide for their families.

As working women+, we rely on publish education systems to not only provide an appropriate education for our children and families, but to ensure they are taken care of during regular school hours as well. When all schools had to shut down and eventually go virtual, women+ were expected to make it work.

Not only was it the experience for many individuals to set up and assist in the schooling and education process from home, but it was expected from her/their employer that the job continued to get done. According to Brookings, the majority of women ages 18 to 64 work, and roughly one in four of those women+ has a child under 14 years old at home. Though some families work together to address this need, many others are unable to do so and must rely on childcare and schools in order to maintain employment and provide for the family. Not only is there not enough affordable and high-quality childcare options, but it is becoming increasingly more difficult to access and disproportionately affecting middle- and lower-income families.

Barriers to Medical Care has Worsened

Healthcare and medical care is already a hotly-contested political issue in the nation, and most are very familiar with the many barriers to treatment. With the onset of the pandemic, disrupted access to services and healthcare have led to an increase in unplanned pregnancies, barriers to contraception, and child marriage. While supplies were limited and making the decision to postpone all elective surgeries, meaning those that did not require emergency or urgent attention. For individuals suffering from cancer and conditions of the like, this was a major setback that potentially cost many their lives.

The Effect on Mental Health

Not only were gender minorities and women especially impacted in terms of income, healthcare, and education, but mental health took a turn for the worst. Due to the stress placed on women+ throughout the pandemic, anxiety, depression, and PTSD have become even more prevalent, with increased family stress representing a consistent hardship. Additionally, having to stay inside for various periods of time during lockdown impacted everyone, and barriers to psychiatric care (even before the pandemic) continues to be a major issue among various communities.

It’s no surprise that gender minorities and women face a unique barrier to seeking treatment, as they are constantly being put under the microscope and told that they do not level up to their male counterparts. Additionally, hostile attitudes, actions, and more cause gender minorities to have to be on guard all of the time, and this can lead to avoidance of testing or emergency care due to fear of mistreatment and being placed in danger.

A Community of Solidarity

As if things were not already a complicated mess, political discourse and turmoil continued to claim the attention that should have been more appropriately directed at helping one-another. Regardless of the opinions you formed or fought against during the pandemic, there is clear evidence that the Coronavirus pandemic was impactful for everyone, but it was especially challenging for women and gender minorities.

Standing together is one tactic that is ours, however, and we will not stop until women+ achieve the resources, equality, and experiences they deserve. To learn more about our community and how we can help you one-on-one during transitional life periods, or if you simply want to talk, contact FearLess Dallas in Dallas, TX by calling 214-300-5143 today.