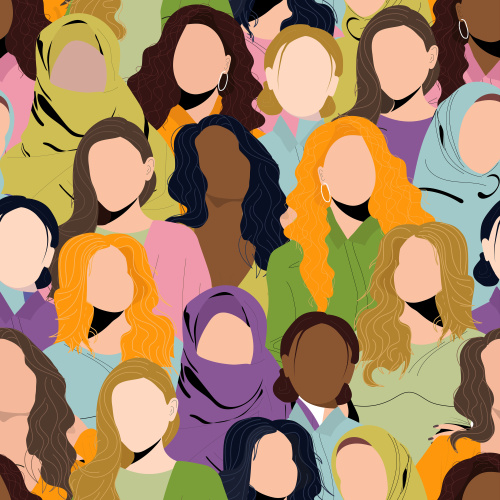 Whether you are aware of it or not, there are several ways you can become involved in making positive change. One of the more popular methods includes registering to vote and using your voice to elect officials that can further important legislation. Other ways may include pursuing a career in social justice, championing the rights of others, and simply educating yourself about current events, news, and important movements in history.

Indeed, social justice and change efforts do not cease in the winter just because the holidays have rolled around, and the month of December has actually seen many important firsts throughout the course of history. In today’s blog, your Dallas, TX community shares some notable contributions from women+ throughout United States history that all took place in the month of December.

We’ve all taken our fair share of history courses throughout our secondary education, and though it might not have been everyone’s favorite subject, history is the cornerstone for understanding the social world around us as we know it. It allows us to identify patterns of problems that have occurred in the past and positions us to recognize these and similar patterns today. Simply put, the past teaches us about the present and provides a crucial perspective for understanding and solving current or future issues.

The unfortunate reality is, however, that there is still much work that needs to be done in terms of civil rights and liberties. Though your civil rights include legal protections you should be awarded as a citizen (such as the right to vote!), civil liberties are personal freedoms and protections, such as those listed in the U.S. Bill of Rights. Though technically guaranteed by the government, that does not mean that they are not in jeopardy, especially when it comes to gender minorities.

You may be familiar with important historical figures such as Rosa Parks, but did you know that her famous arrest occurred in December? Indeed, on December 1, 1955, Rosa Parks refused to give up her seat on a bus to a white person, which led to her subsequent arrest. This event sparked the modern-day civil rights movement in the United States. Just six years and fourteen days later on December 14, 1961, the President’s Commission on the Status of Women was established to examine discrimination against women, as well as ways to eliminate it.

In addition to women-led civil rights and liberties efforts, December has seen notably groundbreaking efforts. On December 5, 1935, Dr. Mary McLeod Bethune created the National Council of Negro Women, which sought to lead, advocate for, and empower women of African descent. Dr. Bethune was an American educator and the founder of Bethune-Cookman University.

It is well-known that women and gender minorities were not afforded the same rights and opportunities as their male counterparts prior to the early 1900s, which makes women in power a major part of history to take note of. On December 28, 1967, Muriel Siebert became the first woman to own a seat on the New York Stock Exchange.

On December 14, 1985, Wilma Mankiller was sworn in as principal chief of the Cherokee Nation of Oklahoma. She was the first woman in modern history to lead a major Native American tribe. Just eight years and three days later, Judith Rodin became the first woman to head an Ivy League Institution when she was named President of the University of Pennsylvania on December 17, 1993.

Entertainment and the Arts

Women+ contributions do not stop at politics and positions of power, and great accomplishments in the world of arts and entertainment continued to further this progress. On December 10, 1938, Pearl S. Buck received the Nobel Prize for Literature for her novel The Good Earth, a moving novel about village life in China. She was the fourth woman to receive the esteemed award.

On December 9, 2002, Michele Norris became the first African American female regular co-host of All Things Considered, which is National Public Radio’s (NPR) news magazine. She is an award-winning ABC news journalist who is currently a keynote speaker for various events.

Women+ have helped shape today’s world in so many ways and honoring them and their contributions is the least we can do to show our gratitude. On December 7, 1941, Captain Annie Fox received her Purple Heart for her service while under attack during Pearl Harbor. She was the first woman to be awarded a Purple Heart.

On December 13, 1993, Susan A. Maxman became the first woman president of the American Institute of Architects. This was an extremely notable event in the Institute’s 135-year history.

By no means was it easy for these notable historical figures to make the contributions that they did, and taking a deeper look into their lives, it becomes clear just how much adversity each and every one of them faced. But, reflecting on these important contributions and accomplishments teach us a lot about our inner power and what can be accomplished when we continue to fight, push back, and advocate for others’ rights.

At FearLess Dallas, we aim to help you obtain important resources, take control of your life, and take the steps necessary to achieve your life goals. We offer one-on-one counseling, multi-week classes, and a full-circle mentorship community that meets you where you are.

Reach Out to Our Community

To learn more about the important contributions of women+ throughout history, or to take the first steps toward becoming FearLess, contact FearLess Dallas in Dallas, TX by calling 214-300-5143 today.