Significant Women+ In History You Should Know 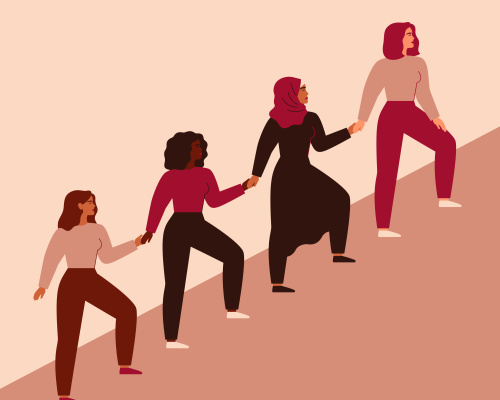 It goes without saying that much of the voice we have as women in the United States today is a direct result of various contributions from women and gender minorities throughout our history. As Women’s history month comes to a close, it is only natural that we highlight a few important women+ in history and their contributions to women and gender minority rights in the United States. After all, these strong individuals took those first strides for us so that we could run, and we still have much work to do in terms of pursuing progress. In today’s blog, your Dallas, TX community highlights a few important ladies that you might not know much about, and shares the amazing things that they accomplished or continue to strive toward.

Women in positions of power is a relatively new concept for the patriarchal United States, and though we have learned about how far we have come in terms of progressive ideas, when we look at the bigger picture, these strides and changes are more recent than you might have expected. Indeed, it was not until 1813 (yes, only 209 years ago) that the nation experienced its first female dean to a medical school, and what an advancement it was!

In 1813, Ann Preston became the first dean of a medical school. What’s more? The Women’s Medical College of Pennsylvania became the first medical school in the world – not state, not country, but world – to admit women exclusively. In addition to this, she campaigned and continued to fight for her students to be admitted to clinical lectures at the Philadelphia and Pennsylvania hospital despite the hostility of all-male student groups.

In addition to advances in education and experience, women have also made a tremendous impact in the field of science and medicine as well. We’re looking at you, Alice! Alice Ball was an African American chemist who developed the first successful treatment for those suffering from Hansen’s disease, or leprosy. Additionally, she was the first African American and woman to graduate with her Master of Science degree in Chemistry from the University of Hawaii. Unfortunately, Alice passed at the age of 24, and it was not until years later that she finally received the credit she deserved.

Not only have women, gender minorities, and persons of color made an impact in the field of science and medicine throughout the U.S., but our contributions have extended to the arts as well. A name many might be familiar with, Maya Angelou, was a poet, author, and civil rights activist. She is known for her autobiographies, including I Know Why the Caged Bird Sings, and was respected as a spokesperson for Black people and for women. Additionally, Angelou opened up about her experiences with racism, sexism, and a cold society all while growing up without the proper supports. Her story speaks volumes and sheds an important light on the importance of helping one another and overcoming adversity, even when nobody thinks you can.

Finally, no list of important women would be complete without a contender from the political realm. Though there are different methods one can utilize to ensure the minority voice is heard – speaking to key stakeholders, civil rights movements and protests, etc. – having a voice in the House of Representatives gives us more of a leg to stand on.

Indeed, Alexandria Ocasio-Cortez took office at the age of 29, making her the youngest women ever to serve as a member of the United States Congress. Not only is she an ethnic and gender minority, but she hit the ground running from the moment she took office in terms of immigration, healthcare, LGBTQIA Equality, and education. Though your politics may or may not align with hers in more ways than one, there is no negotiating the fact that she has made an important contribution to the movement and has made her presence known.

Your Responsibility to Women and Gender Minorities

This list does not even begin to scratch the surface of what a determined woman or gender minority can do, nor does it offer a complete list of important women+ in history. We have learned time and time again that there is strength in numbers. Don’t sit by as history is being made: become part of it. To learn more about ways to become FearLess, contact FearLess Dallas in Dallas, TX by calling 214-300-5143 to speak to our team today.